The Rossinis had a busy weekend full of celebrating, but Monday came sooner than they thought and life was back to normal. Let’s see what they’ve been up to.
Eira was still determined to master cooking and to feed her children with proper food. 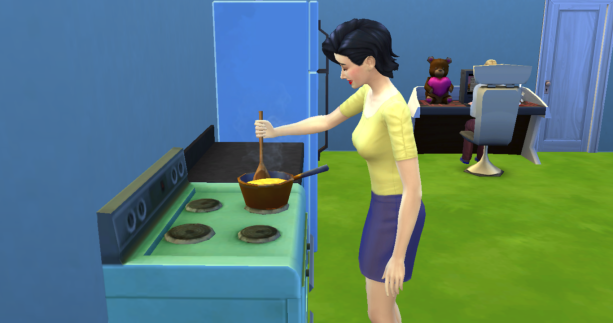 Her meal was probably tasty (I’m not sure, I didn’t eat it. 😉 ) and she was sooo satisfied with herself as if she cooked Lobster Thermidor.

“If I can make Mac’n’Cheese, I can do anything.”

And when the kids came home from school, they were happy to have a warm meal for lunch. They were also surprised by Castor’s new look. 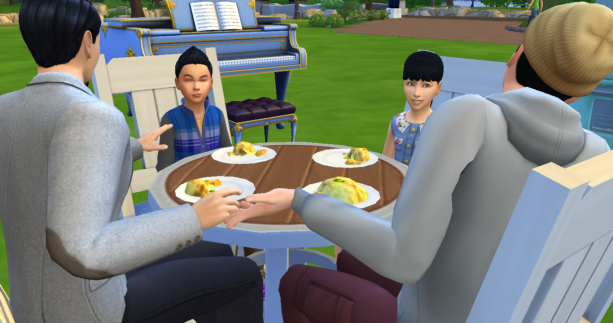 “That’s because I am a teenager now,” he explained, “and it’s great. Dad even promised me to buy me a new computer now that I’m older.” Damon almost choked with his macaroni. He’s never got a single new toy, he always just inherited Castor’s and now Castor was getting a plumming computer? 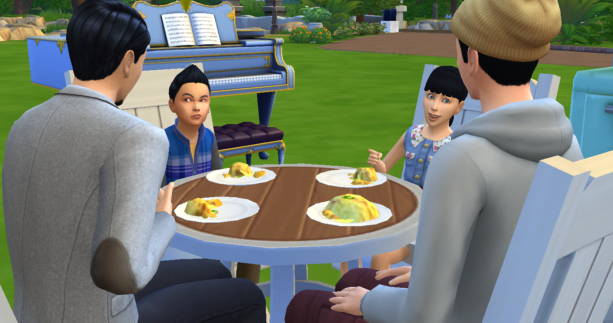 “You’re gonna buy him WHAT?” 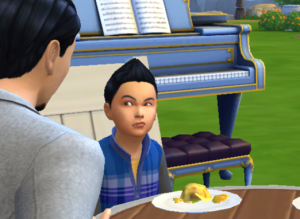 But Adrian ensured him that Castor was just teasing them and that new computer was not happening: “We need other things more than a new computer. Like a bigger table. Poor Devi couldn’t sit with us today.” But Devi didn’t care because she is too awesome to worry about such things. Instead of waiting around, she did some push-ups to pass the time.

Adrian was so proud of her. Maybe she would grow up to be an active sim like her dad! That would be so great. They could enthuse about working out together and train together and….

But for now, Devi was a nature lover and a cute kid, who loved drawing shapes and vehicles while enjoying the fresh air. And that’s okay, because that’s what she was supposed to do at this point in life.

Boredom is for boring people.

Damon was super excited to have a younger sister, because he wanted to be a big brother so bad. And to set a good example, he told her some llama jokes as soon as he can (because telling llama jokes is like… the most important skill ever, right?)

Damon: “Why has llama become a Tibetan Buddhist?”

“Because of the Dalai Llama!” 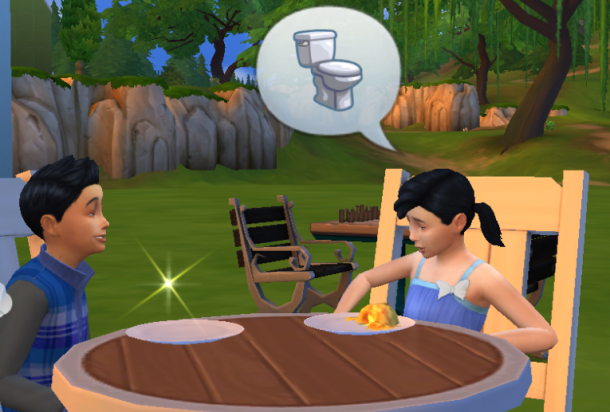 “Why did the toilet paper roll down the hill?”

Eira was still working full time and she was always so tired of all those concerts and gigs that she was hardly spending some time with her family.

“I’m so exhausted. And I look like my face is dripping off my head.”

Adrian disagreed: “That’s nonsense. You’re a goddess to me and you always look… divine.” 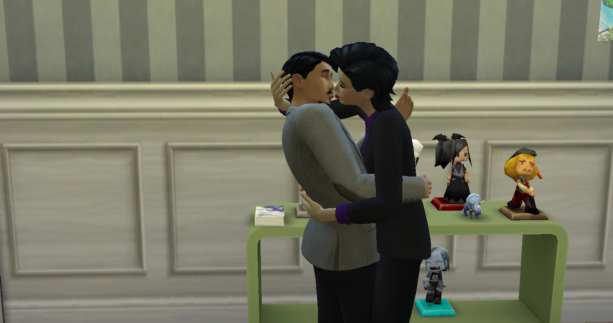 They’ve still got it! Adrian was super proud of his wife. She was so determined and talented and so ready to do everything for her family. But to be fair, she would never make it without his support. Because let’s face it, Adrian is probably a superman in disguise. I mean, cleaning the entire house after its six inhabitants and repairing all broken aplliances is almost as exhausting as a full time job. And he was doing it all alone and he was doing it great. 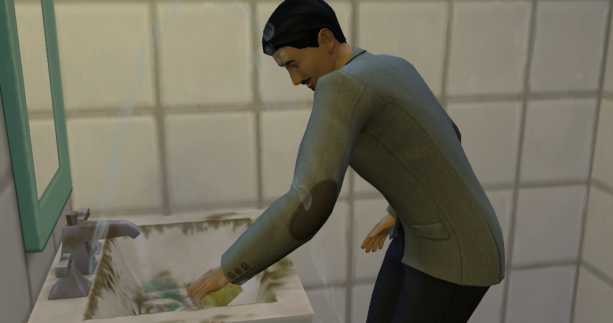 Beside that, he occasionally earned some money from making viruses and plugins, using programming skills he learned during his secret agent era.

And he also acted like he was trying to win The Best Dad Contest. He always double-checked whether homeworks were done.

And that young heart of his children were inspired by the wisdom hidden in the books.

“And on her 16th birthday, the princess learned that she can be a headstrong and independent woman AND she can still wear heels.”

Or by wise words of their father. 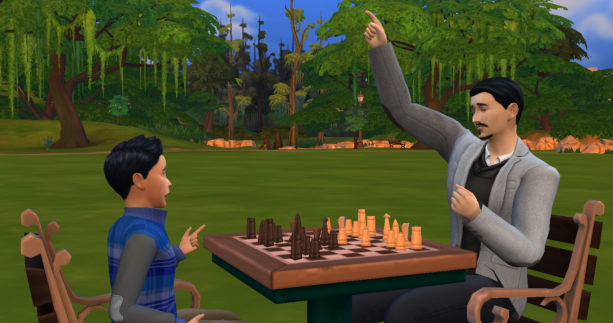 “The sky is the limit, Damon.”

And although he was taking his duty very responsibly, he’s never forgotten to have lots of fun with the kids. Sometimes it was enough to listen to them.

“Hey, Dad. What did the ocean say to the shore? – Nothing. It just waved.”

( Looks like Devi took after her father with corny jokes. 😀 )

And, of course, he always made sure to show them how they are the most precious things that ever happened to him. 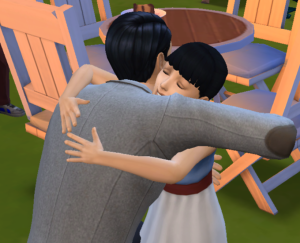 What a great times!