It was too much.

She wasn’t ready. Nobody was ready.

Etta knew it was coming sooner or later, although she had pushed it to the back of her mind. She knew it was inevitable and she knew there would be pain, lots of pain.

She just didn’t expect for it to hurt that much. 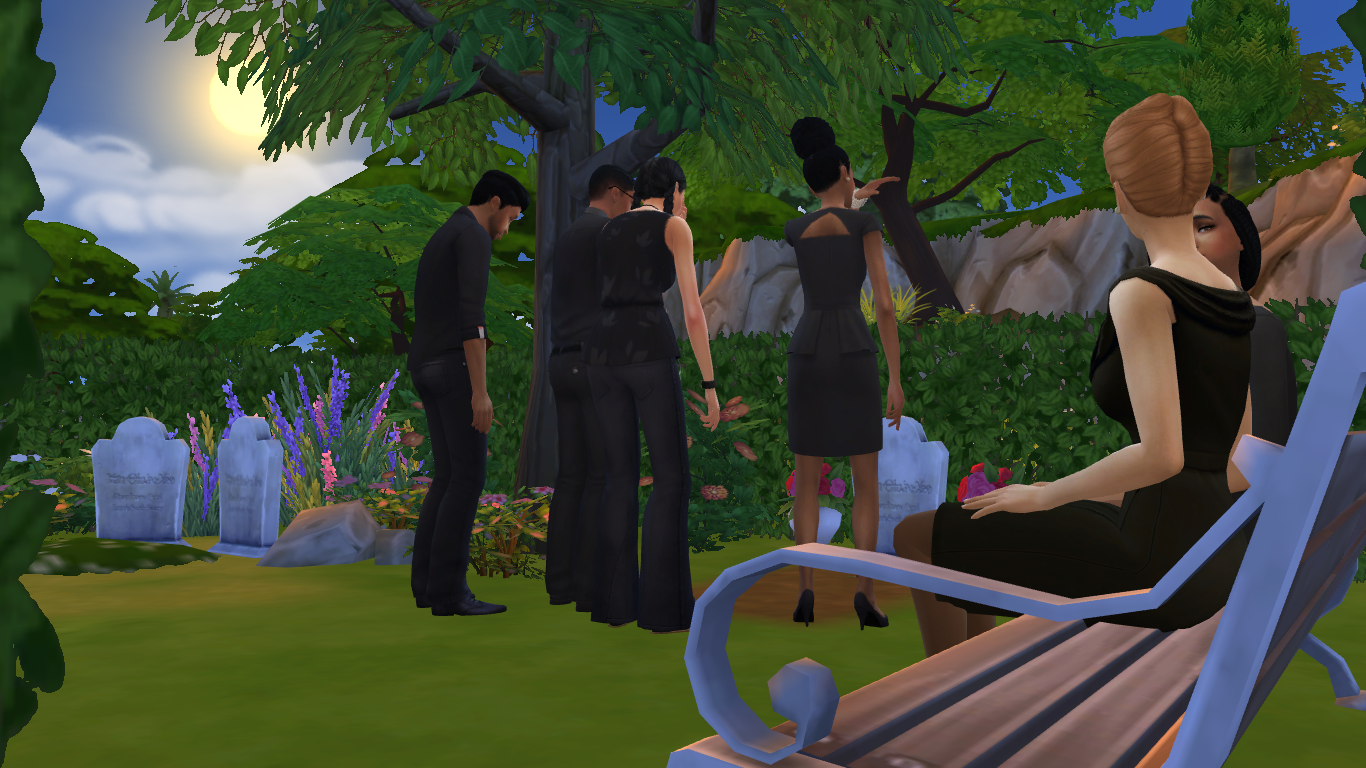 Her father passed away two weeks ago. And since then, it was like the time stopped. Or was it  her who got somehow stuck, while the time continued to pass like nothing happened? Every day was  just another endless, meaningless loop, filled only with quiet and solitude and pain.

There were moments when they couldn’t even look at each other. Etta never realized how isolating grief could be. The pain pushed each of them to their own corner, grief separating them like a deep, bottomless chasm nobody dared to bridge and they could do nothing but cry. 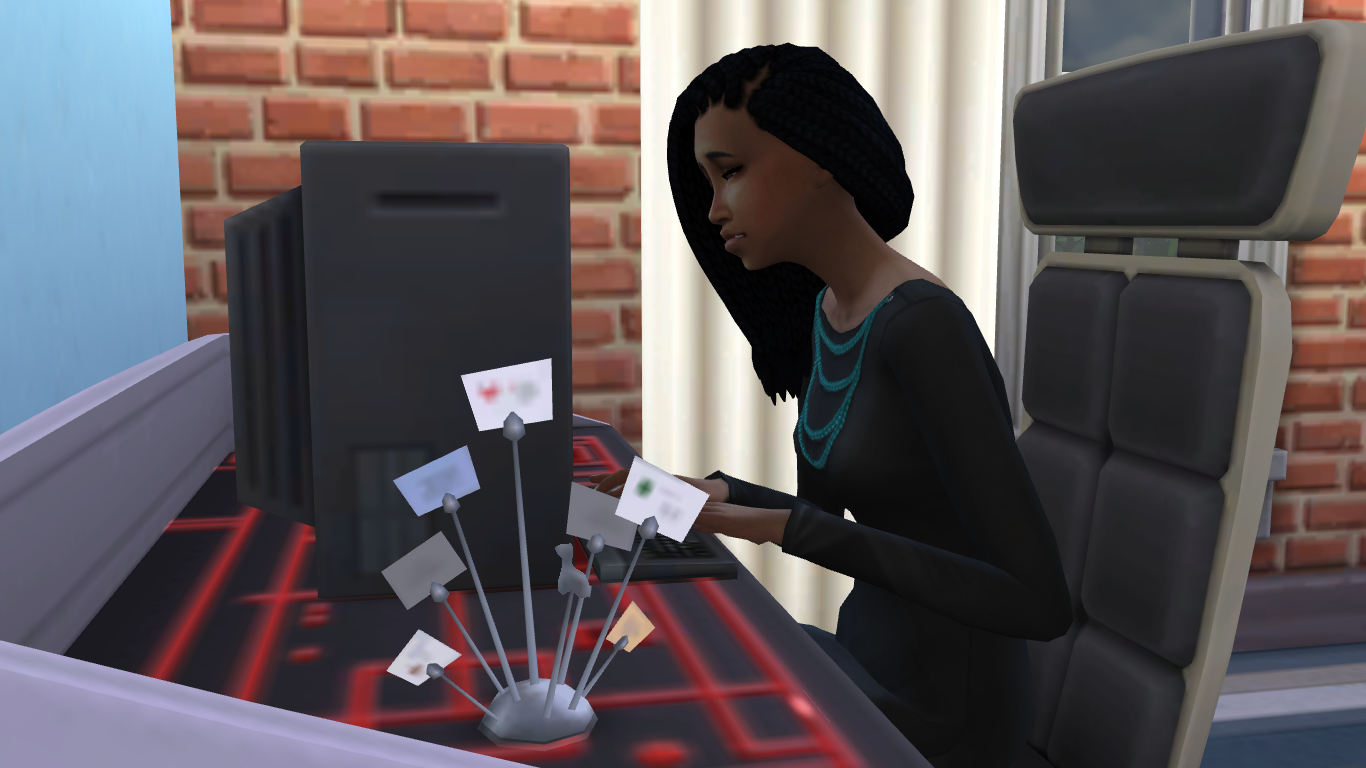 But there were other moments, too. Moments filled with special memories that brought smiles to their faces. Moments when they took care of each other. Moments of deepest gratitude. Those moments kept them trying to go on. 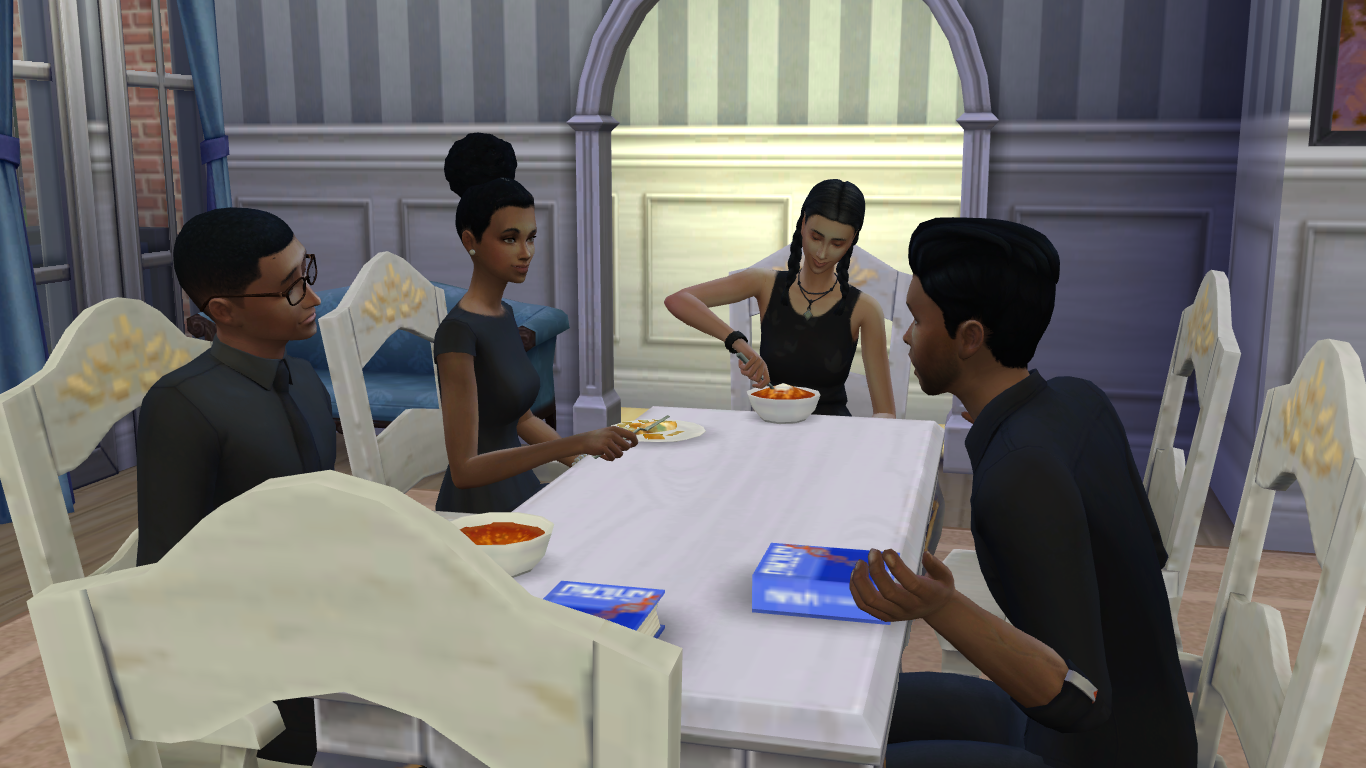 “Remember how he used to pretend to be the sea monster but couldn’t scare any kid with that kind face of his?”

Except for mom. She buried herself in her room, helpless and desperate and if it wasn’t for a few muffled sobs here and there, Etta would thought her mom died as well. Come to think of it, she probably did a little bit.

For two weeks, she lay in tears in bed all day, staring at the empty space by her side. She wasn’t speaking, she wasn’t eating and she wasn’t leaving the room, either.

Etta was worried. She wanted to give her all the time she needed, but she also wanted her mom back. Everyone wanted her back.

Knocking was deafening as it echoed in quiet corridors of their house. The annoyed voice coming from behind the closed door even more so. 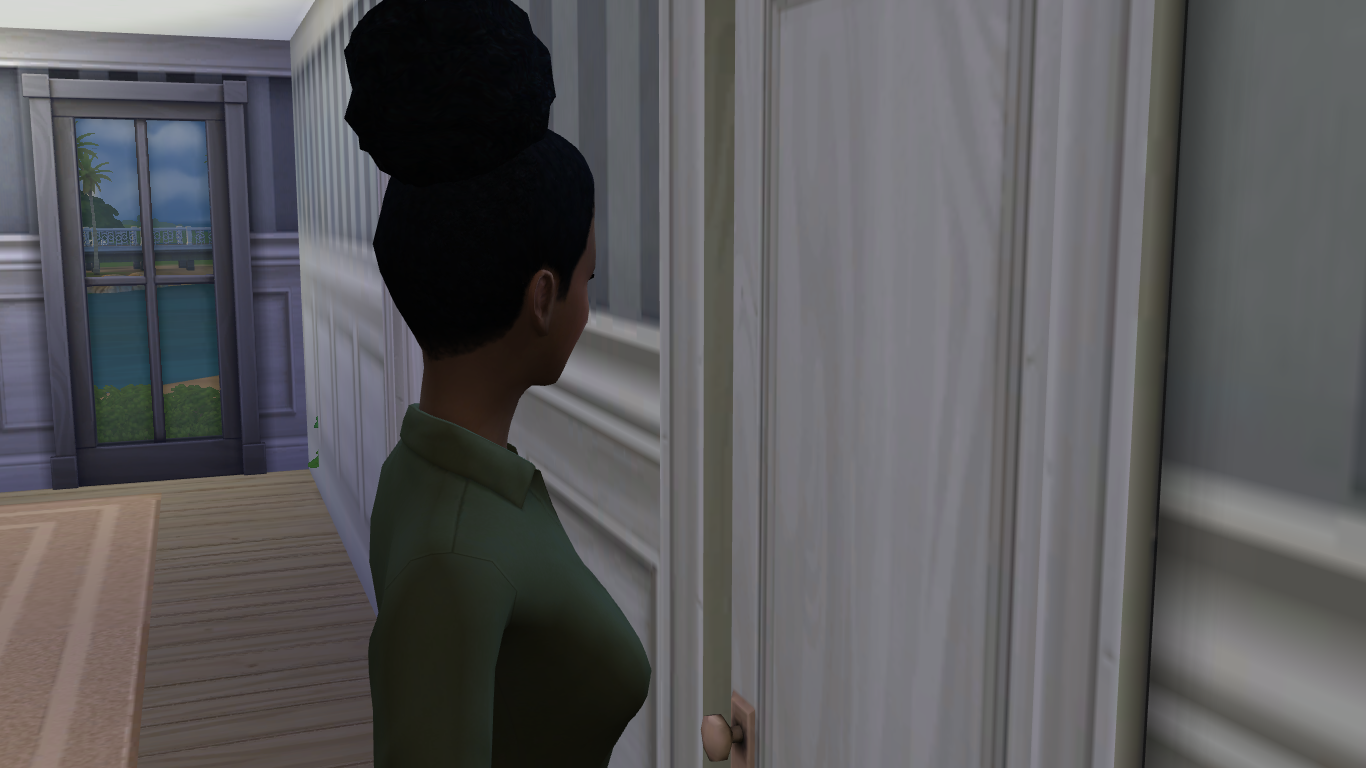 Etta slowly opened the door  and corrected her mother. 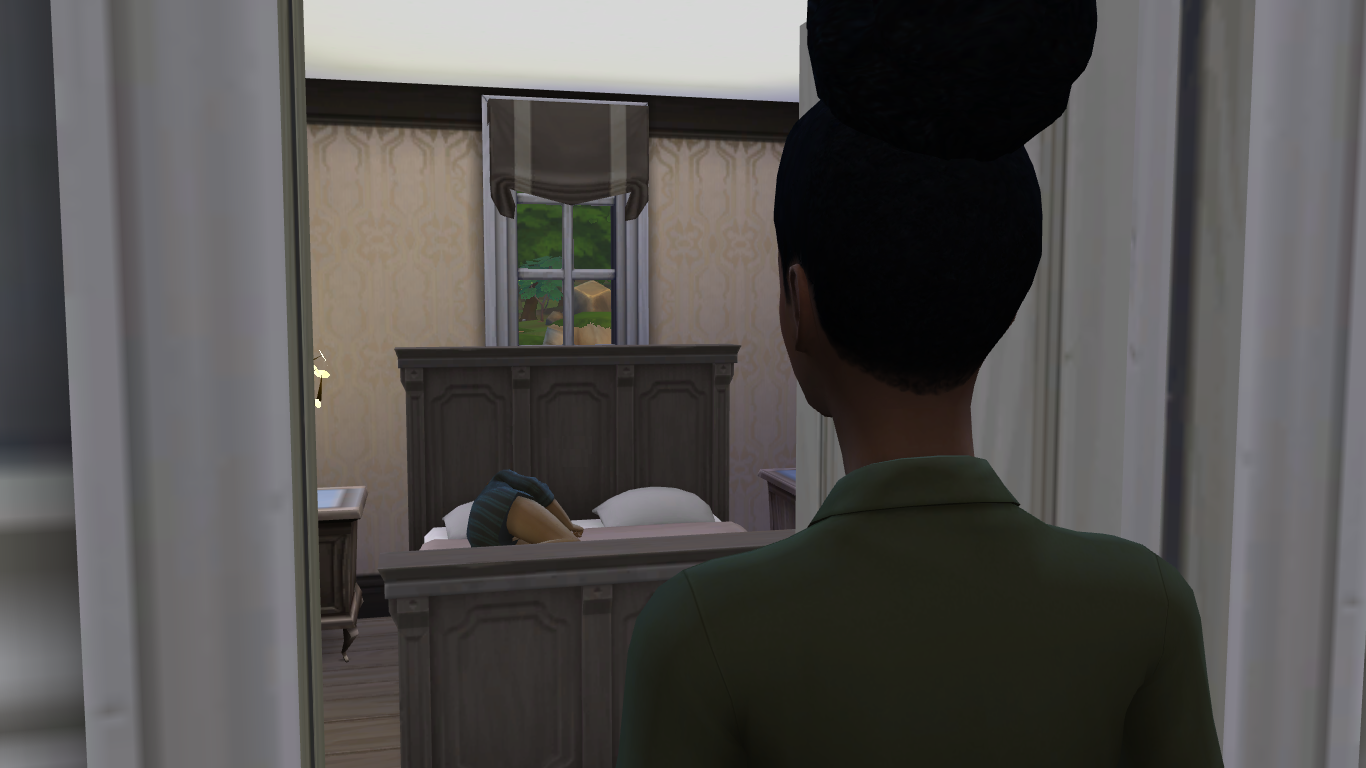 She entered the room and found Melia curled up in bed. She was pale, limp, with watery eyes and gray tint to the skin. When she heard Etta’s voice, she fought against the apathy  she’d indulged in for days and sat up straight.

For a minute, they sat there in  silence. 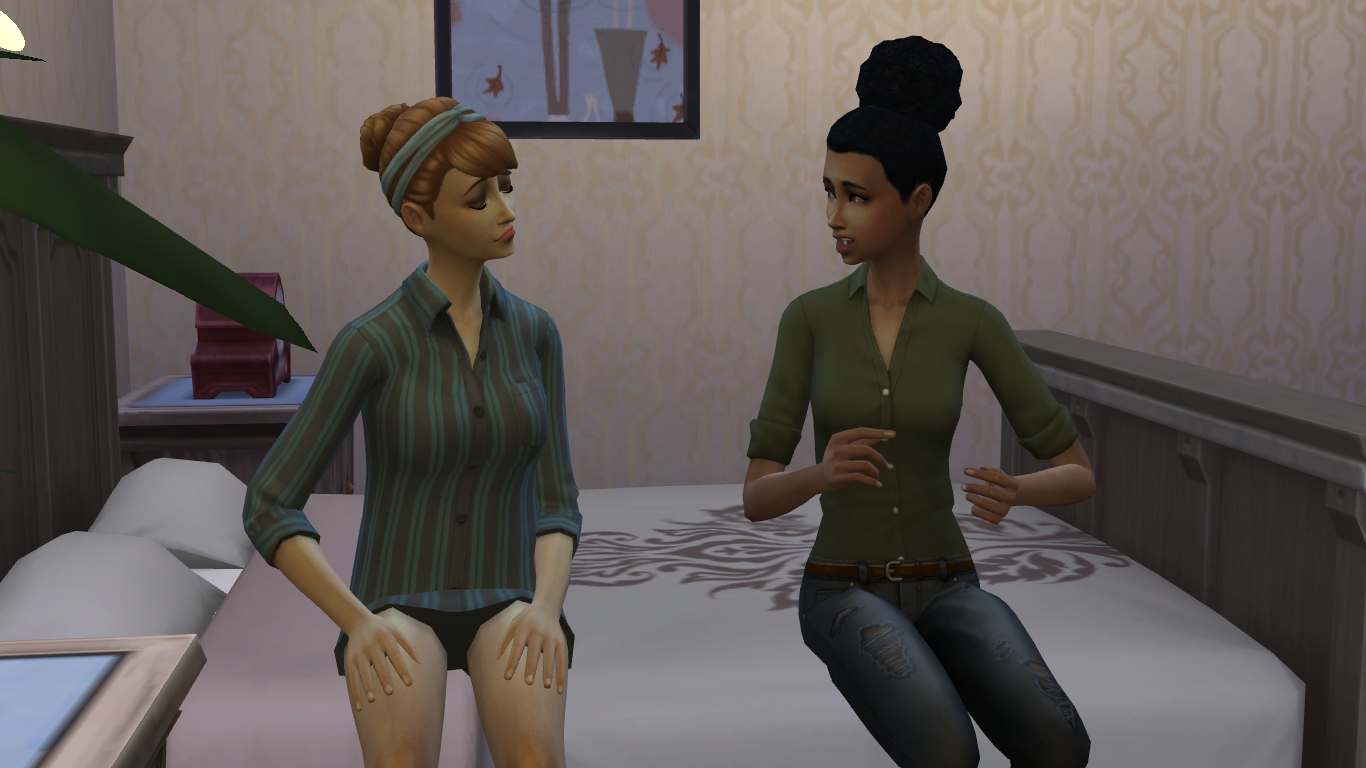 Etta: “Remember how I used to come here and beg you to let me stay with you at night?” 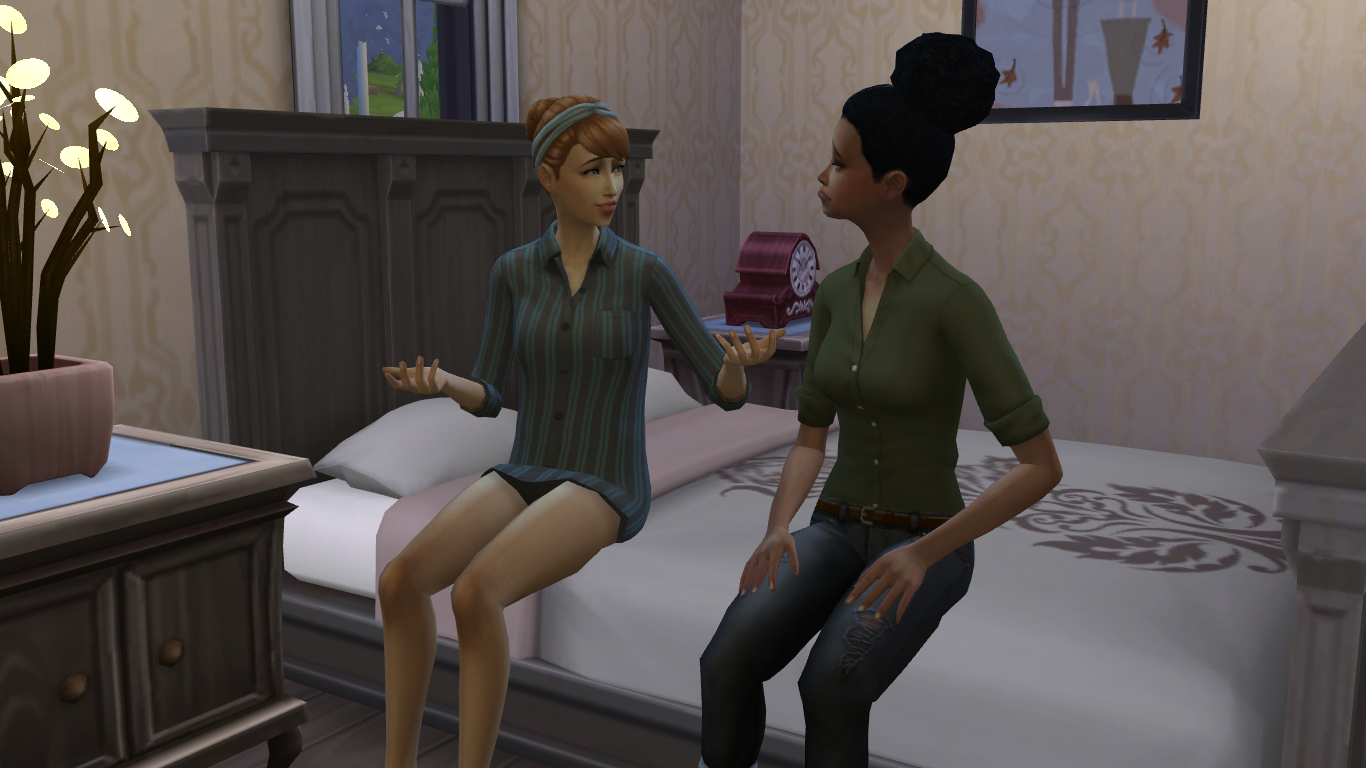 Melia: “Of course. You insisted you saw a ghost in your room. It was almost cute how scared you were.” 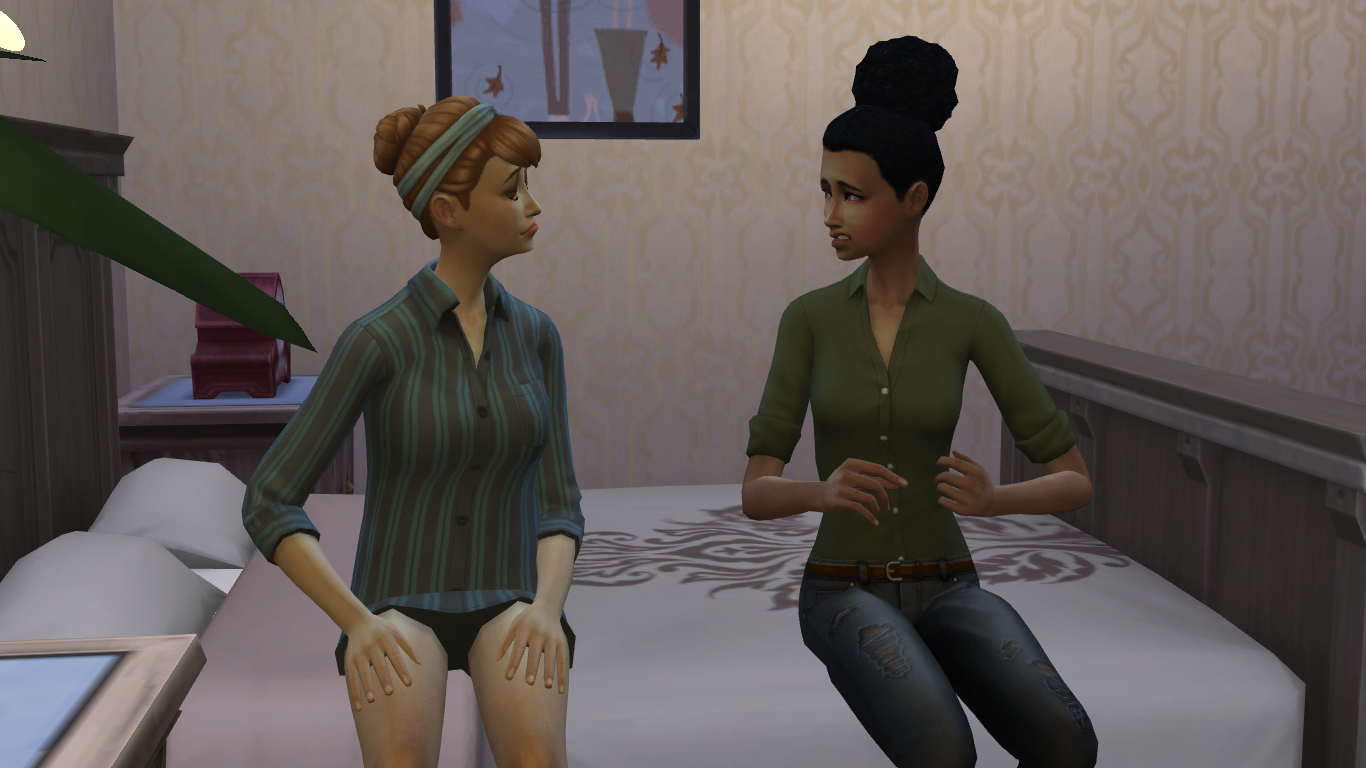 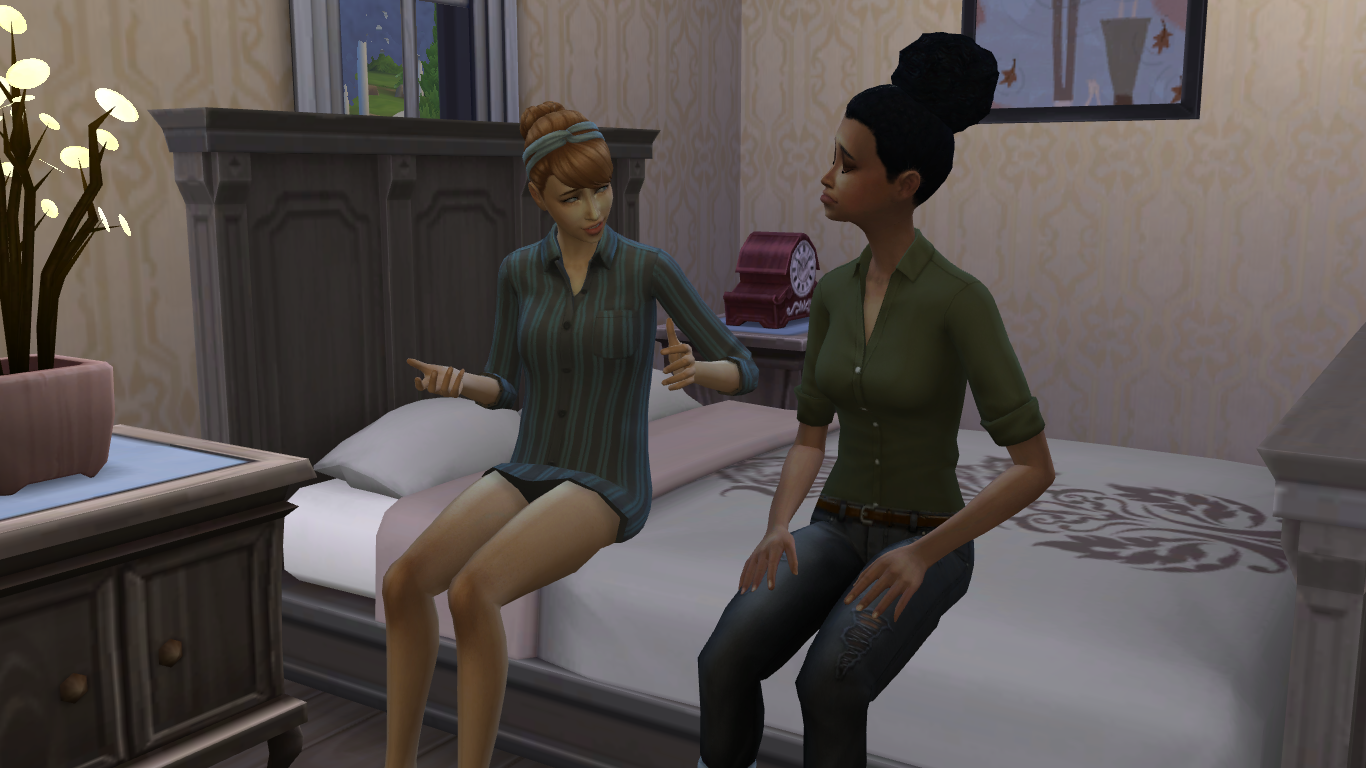 Her voice broke as she tried to answer and she burst into tears, sobbing violently. Etta didn’t know what to say and she felt her own tears building up in her eyes at the sight, so she remained queit.

It took a few dreadful minutes for mom to calm down. Etta desperately wanted to comfort her, to say or do something that would help. But if she knew the words she would have said them a long time ago. First of all to herself.

When her mom finally spoke again, her voice was rough and uneasy. 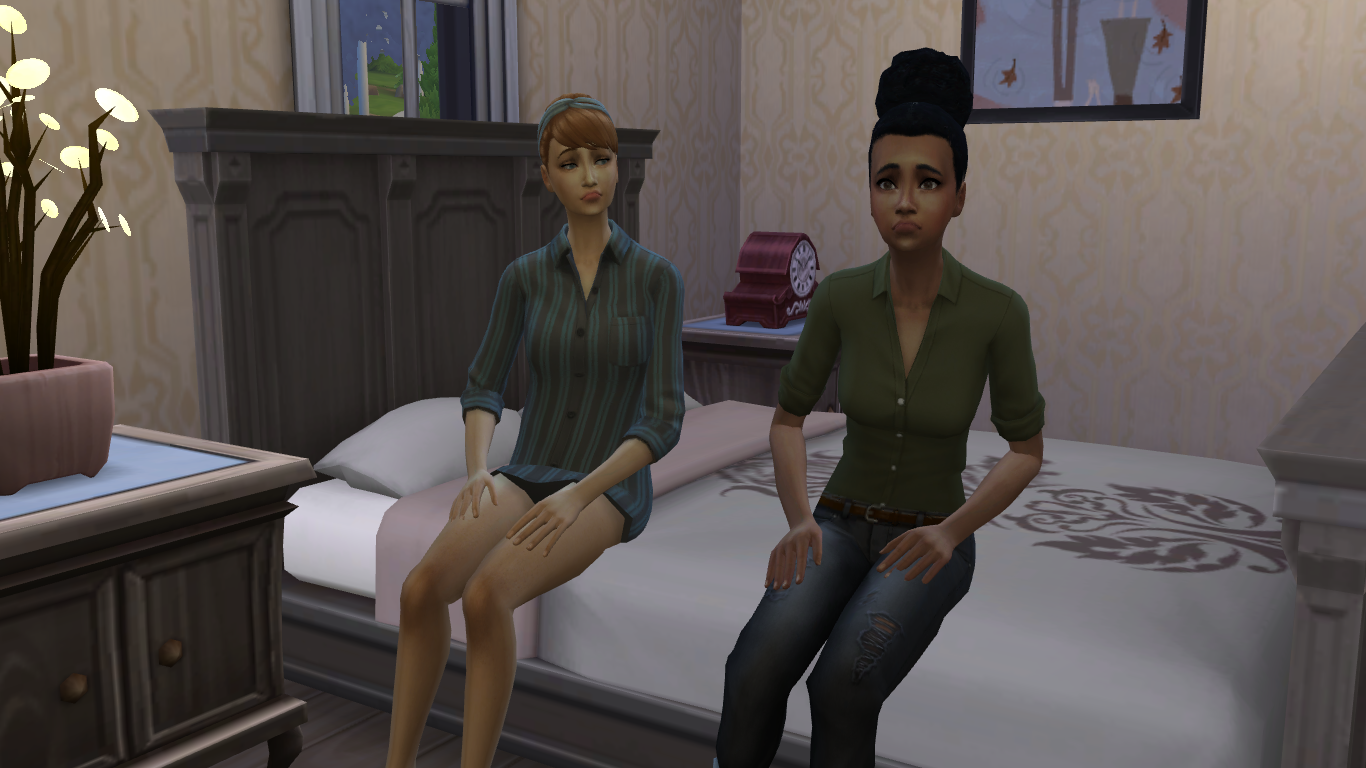 She inhaled heavily and started mumbling under her breath. Etta could barely make out the words. 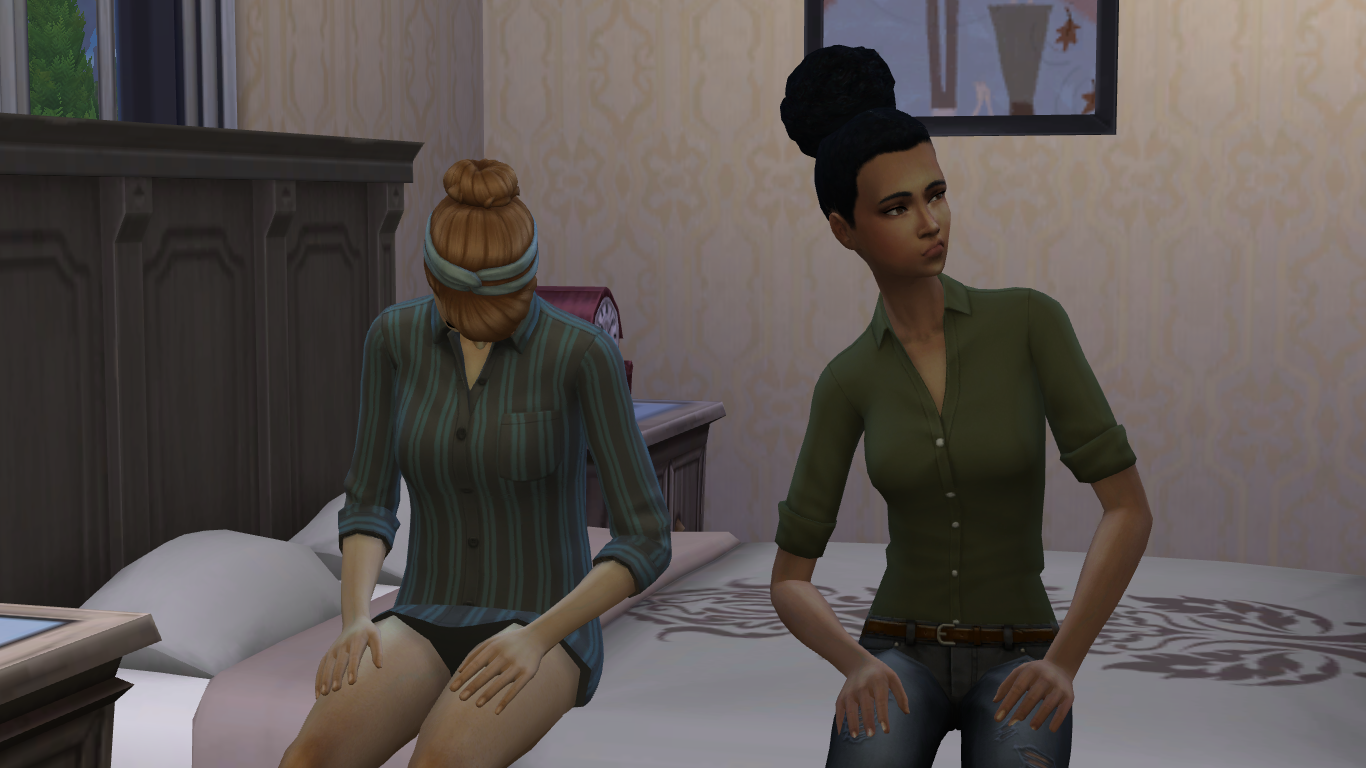 “A few months ago, one of the guest in the diner liked my food so much she wanted to meet me. She thanked me and we talked briefly, I don’t even remember it that well. I thought nothing of it. And then… last week, the letter came.” 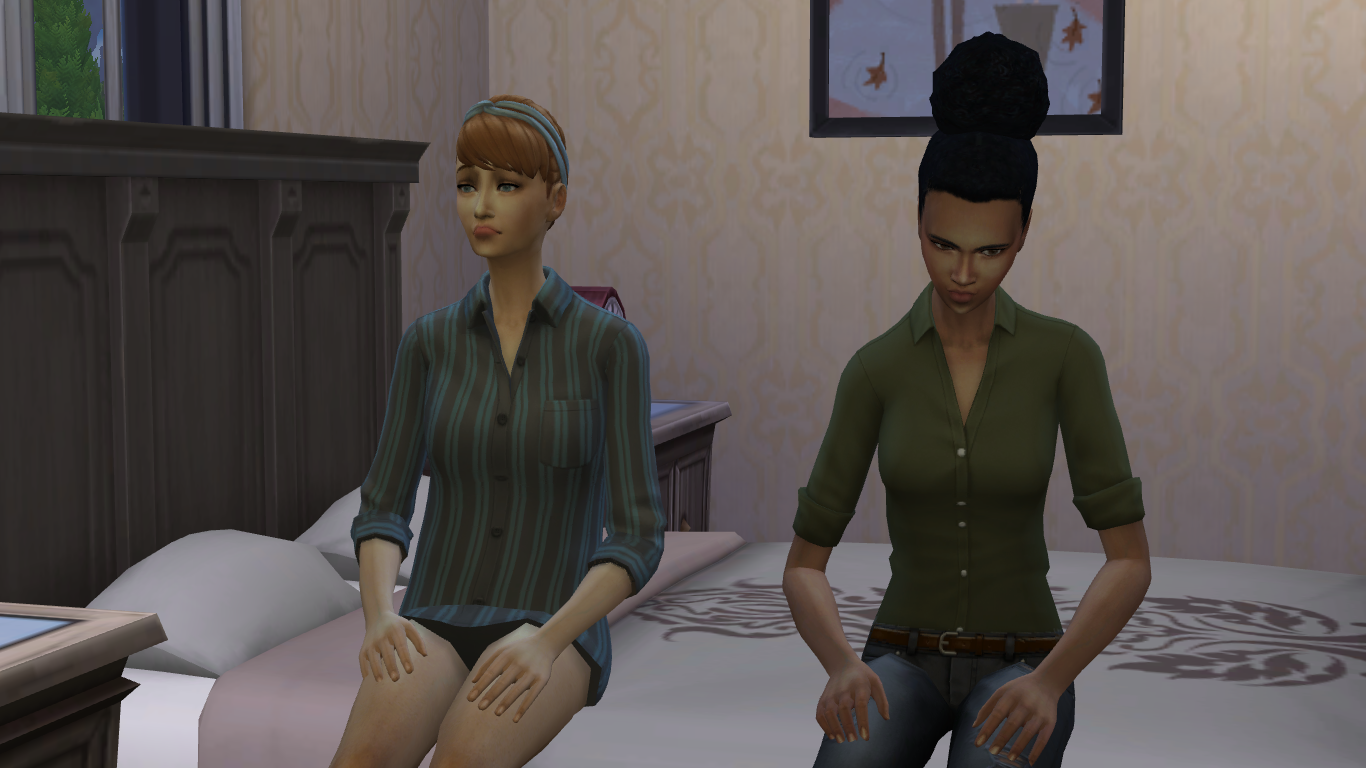 M: “It turned out she was a producer of SimChef. She wants me as a judge in the next season. The money she offered… I could probably save up enough to buy a restaurant in a year or two.”

Etta didn’t understand. Her mom was saying all those good things and yet, she said it with such an unhappy, remorseful face like it was  a terrible  tragedy. 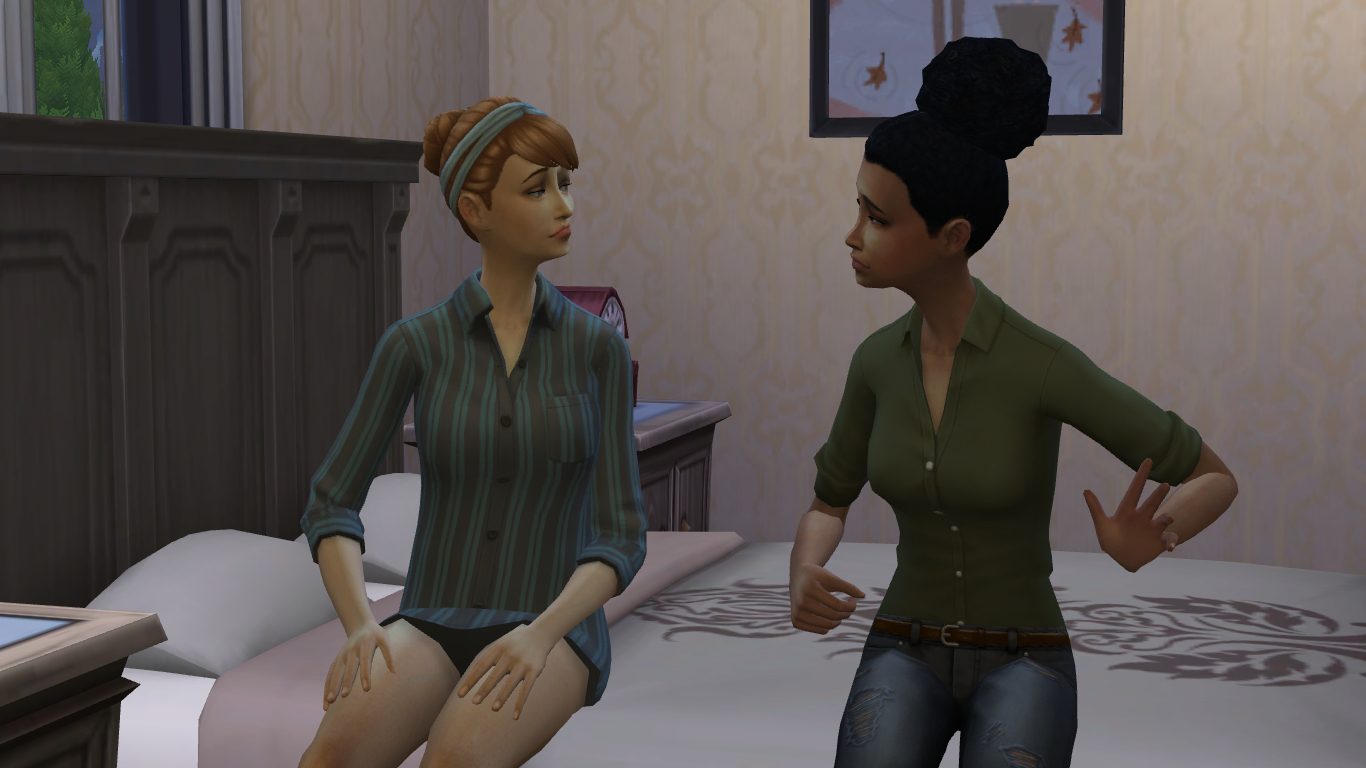 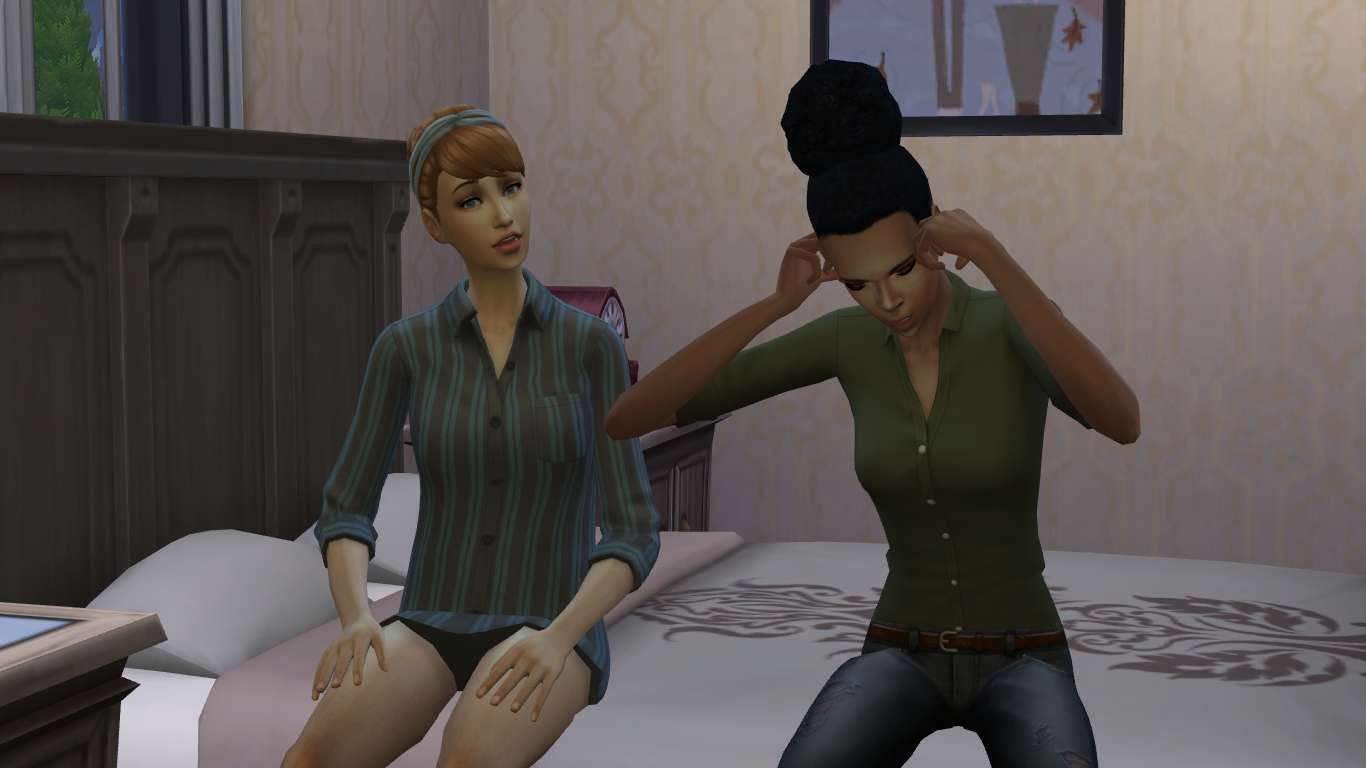 M: “Maybe. I guess it would be if your father was still around. Now? Now I feel like a traitor. He worked his life away for this and once he’s gone, I’ll get to live the dream? How could I do that?”

Etta couldn’t believe her ears. She knew her mom was grieving but these words were madness. She was certain her dad would never approve of thoughts like that. 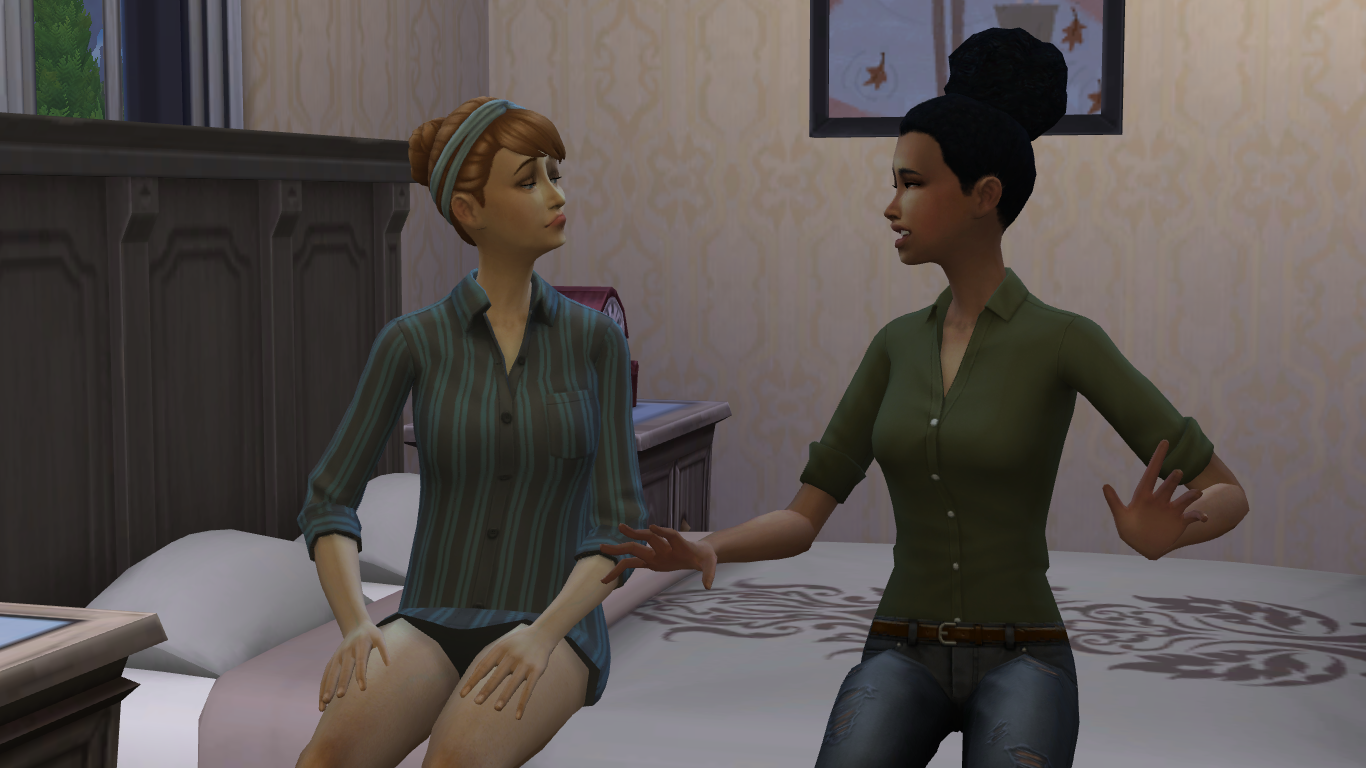 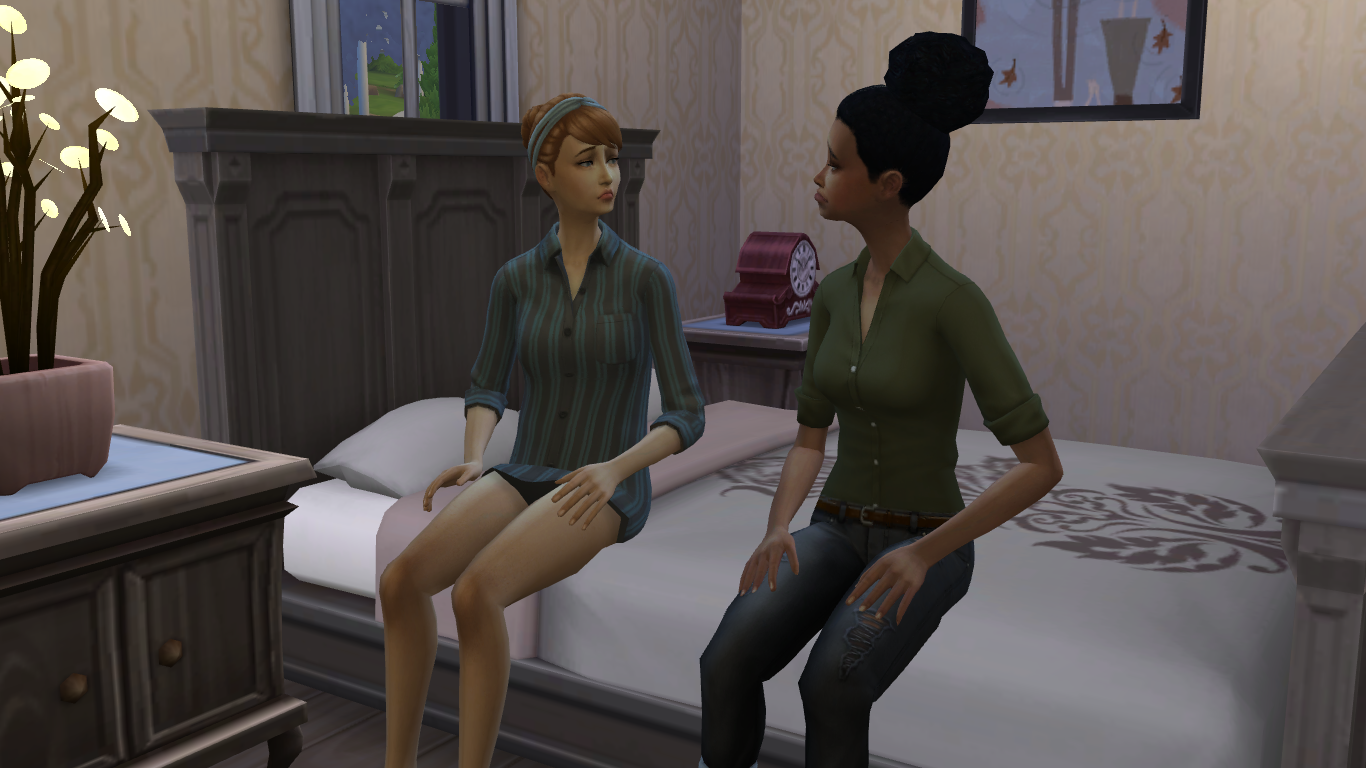 M: “Oh, my child, you’re still so young. So optimistic. The world seems different for you, I understand. But I… I’m not even sure if I want it. It just wouldn’t be the same.”

The defeated tone in her voice broke Etta’s heart. 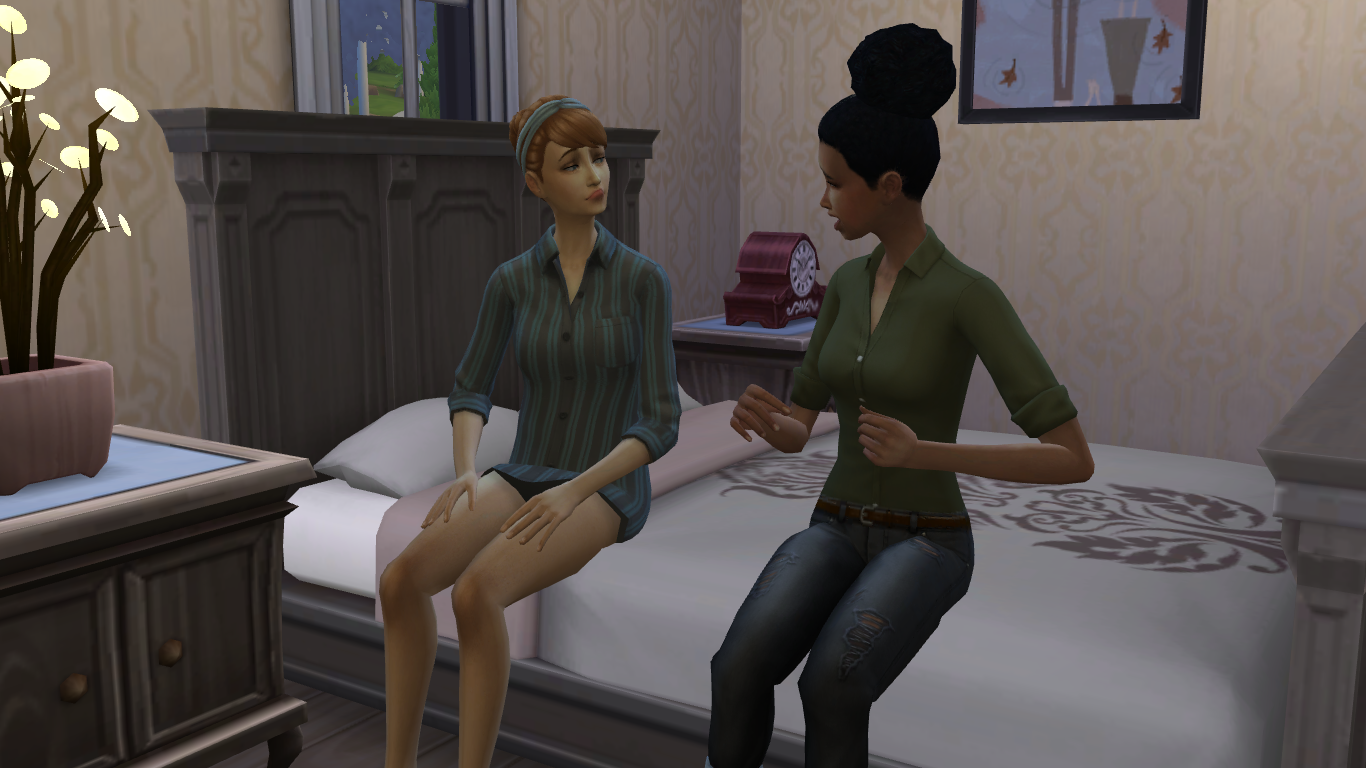 E: “You don’t know that! Look, I may be young, alright? And I may not know much about the world yet. But I know a good deal about love, because I’ve been a witness  of a great one my entire life.” 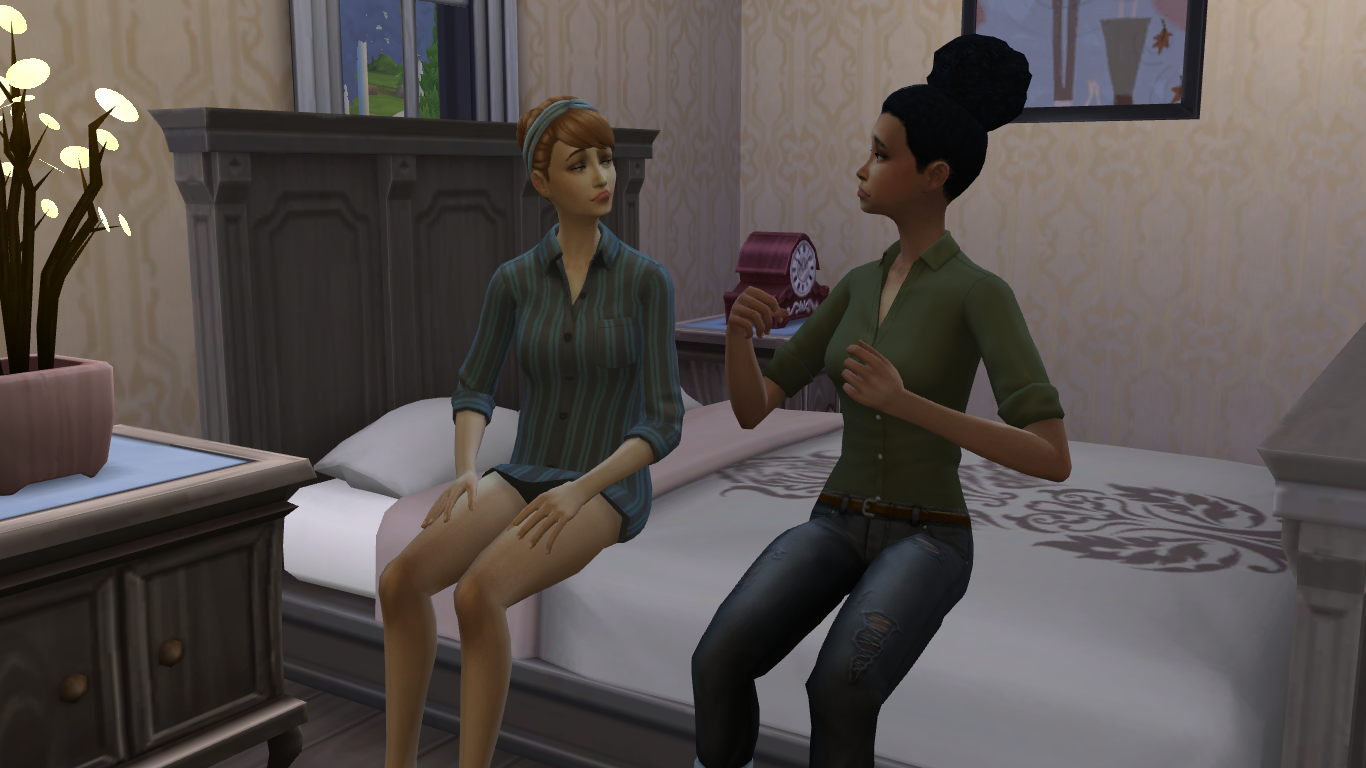 E: “Dad loved you so much, Mom. Everything he did, every day he suffered that horrible boss of his, every bussiness call he made and every freaking report he filled… it was all for you. He told me, years ago. I didn’t understand it then, but I do now.” 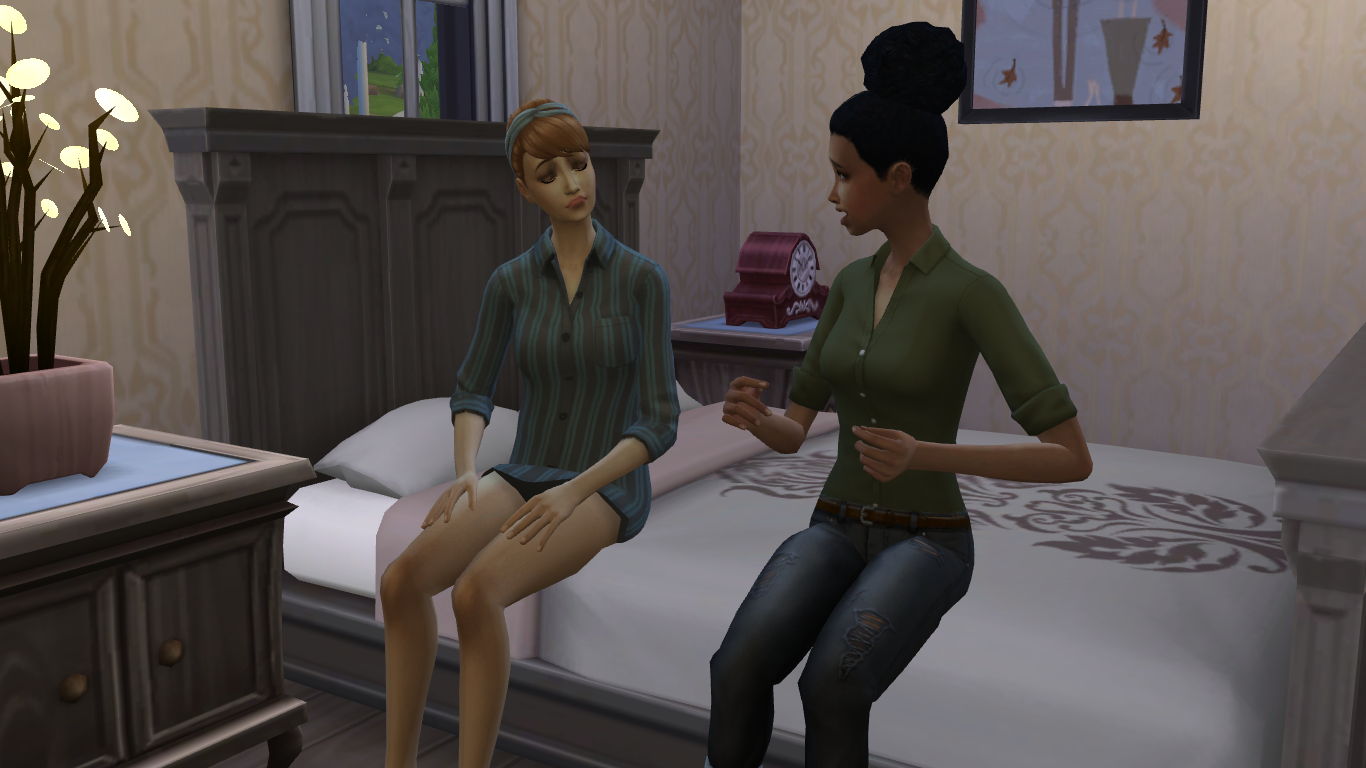 Her mom just sat there quietly and stared at the wall in front of her. She was still obviously distraught, but her face looked more thoughtful than devastated. Etta was watching her changing expression carefully, ready to blurt out more arguments any second.

After another long pause, her mother stood up and forced a smile as she locked her daughter in a hug. 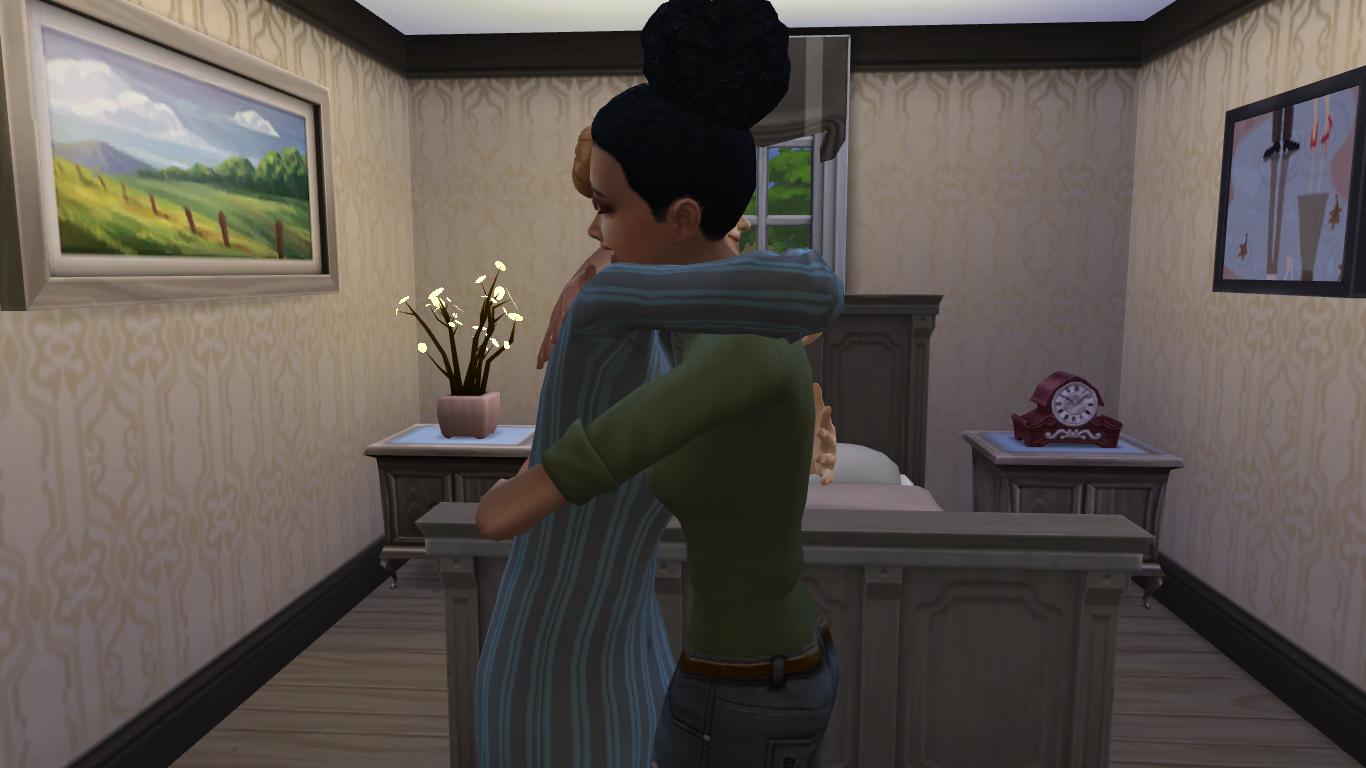 Melia: “You remind me of your father so much, sweety. Out of all our kids, you are most like him. And you’re right. I have to take it. If not for me… then definitely for him.”