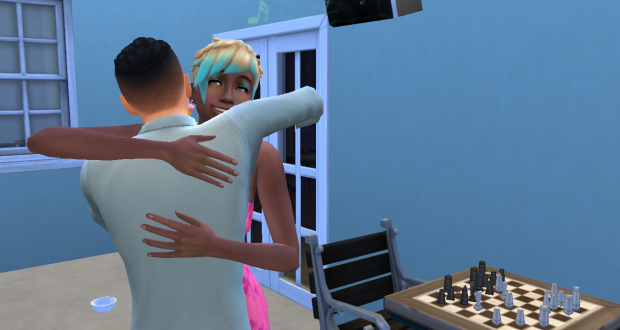 “Have you?” he asked, surprised.

“Of course! I had no one around to make fun of!” she laughed and hugged him tigher.

It was good to be home. But Dory  realized  she didn’t really miss Willow Creek that much. She felt much better in Winderburg. Kind of unattached. And free. With no sad memories waiting for her at every corner.

She missed Alfred and Blarffy and her punching bag, obviously. But not the place in particular. 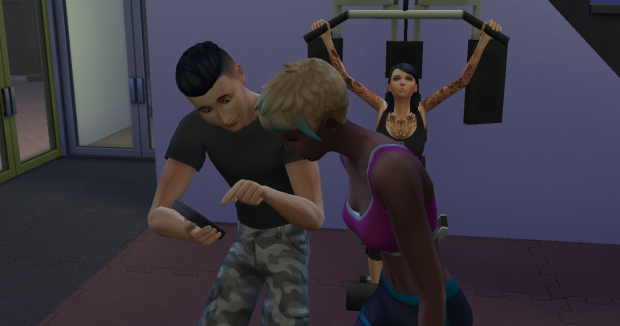 “I think we could try this 30-Days Leg Challenge.” 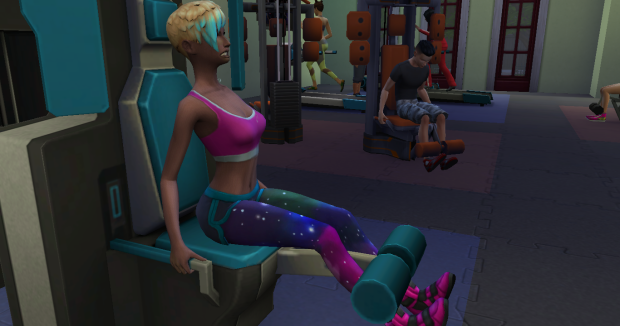 Afternoons in gym with Alfred were her favourite. He was so smart and funny. Encouraging, too. And the best motivator. And with all that working out, his pecs started looking somehow…interesting.

She wasn’t the only one who noticed his qualities, tough. 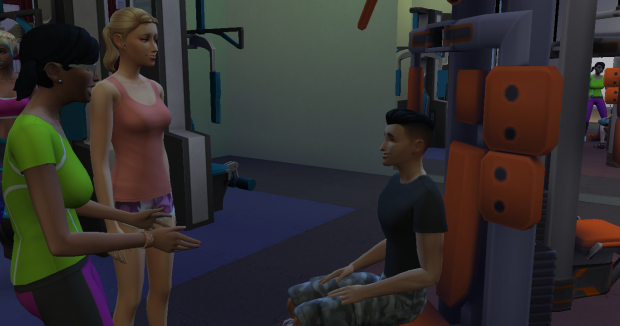 Lots of strange girls winked and smiled at Alfred while he was working out, some of them even came to say hello and talk to him. It was quite a usual occurence. Dory was used to that and she didn’t  mind.

Or so she always thought. But that day, it was bothering her and she couldn’t figure out why. Maybe these girls had obnoxious giggles. Maybe Alfred talked to them longer than usual. And maybe… “…maybe I just want all of him for myself.”

“What?” Alfred interrupted her words quickly and Dory realized she accidentally said it out loud.

“What?” she asked, acting all confused, “I didn’t say anything.”

“I just…I’ve got a feeling that you…um, nevermind,” Alfred shrugged and smiled, “Let’s grab some pizza, what do you say?”

Dory couldn’t possibly say no to that, could she? 😀

Back home, Melia was getting ready. Between the family issues and busy work schedule, she finally found some free time to visit the restaurant Chris was telling her about.

“I hope this is fancy enough.”

Chris was coming, too, of course. Melia couldn’t decided if she was so excited because of the restaurant or because of finally seeing Chris after a long time. Not that it mattered.

The restaurant was in Newcret and its name was La Fantasia. 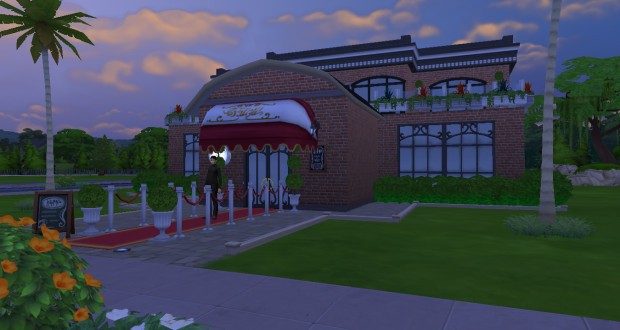 And Melia had to admit it looked pretty fantastic. 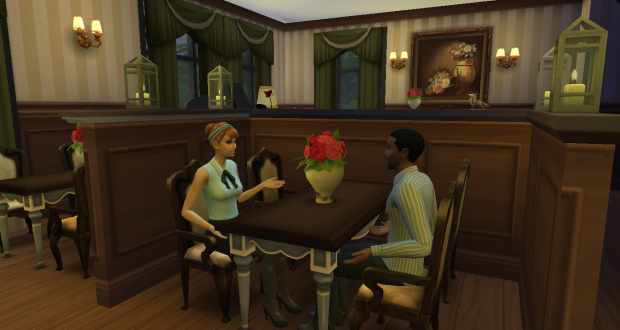 “This place is absolutely beautiful, Chris!” 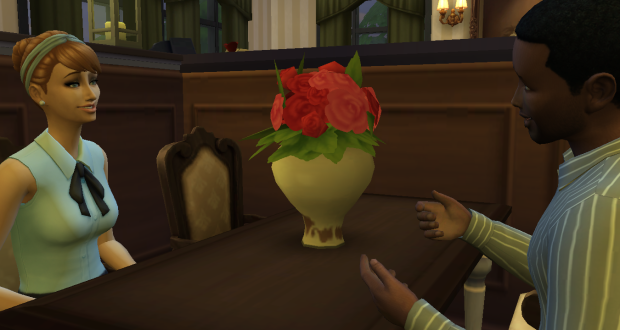 “I know, right?  Wouldn’t it be wonderful to own a place like this one day?”

“You want to own a restaurant? I didn’t know that!” Melia couldn’t believe her ears. Could it be that they had the same dream? 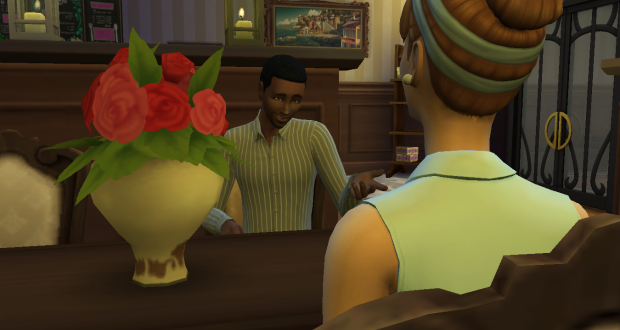 “I’d open one right away if I had enough money to do it. But let’s order something! I’m dying to try roasted lamb with dates and onion chutney, I’ve heard it’s delicious.” “

And that’s how Melia learned that he was a Foodie, just like her. She was surprised it didn’t come to her mind sooner. He’d never shut up about food. 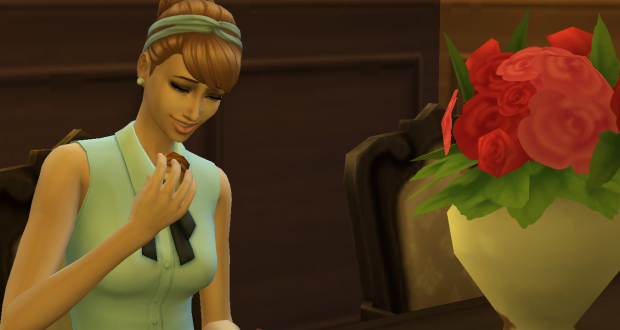 “That man is a dream came true! Just like these ricotta doughnuts.”

The dinner was heavenly and everything they tried caused their tastebuds to dance around and sing. Melia never even imagined that food could taste this good.

And after they were done, Chris asked her to to follow him 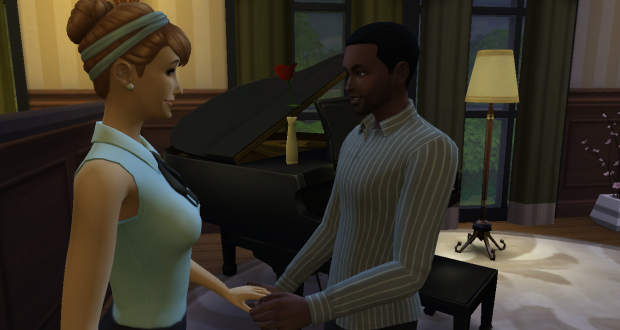 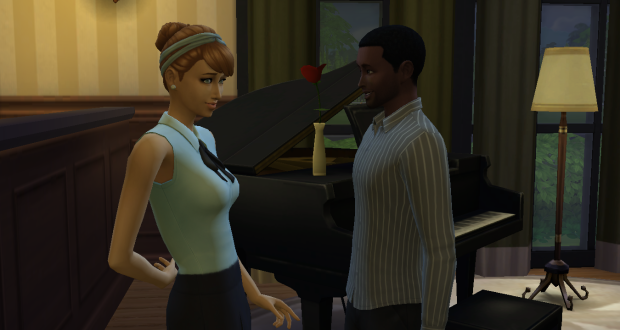 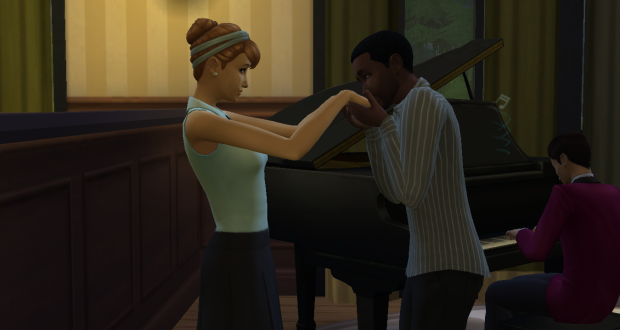 So they danced and it wasn’t so bad. Melia knew she wasn’t the most graceful being – and she was sure she must have looked silly and clumsy – but she didn’t care. With Chris’ arms around her and and the sound of dreamy piano all around, she felt like she was flying on a bright, fluffy cloud. 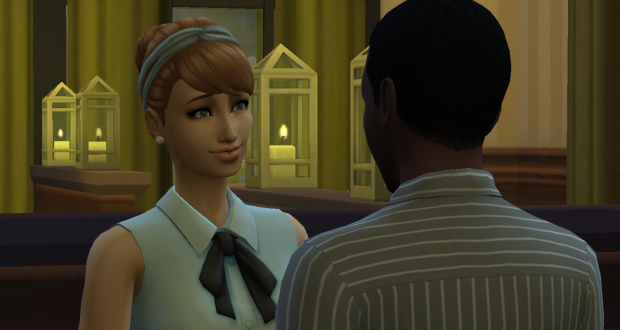 Later, Chris walked her home like a true gentleman and they had a hard time saying goodbye. 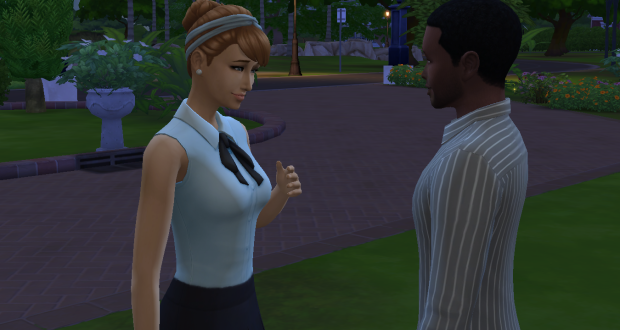 “Well, thank you for tonight. I had the greatest time!” 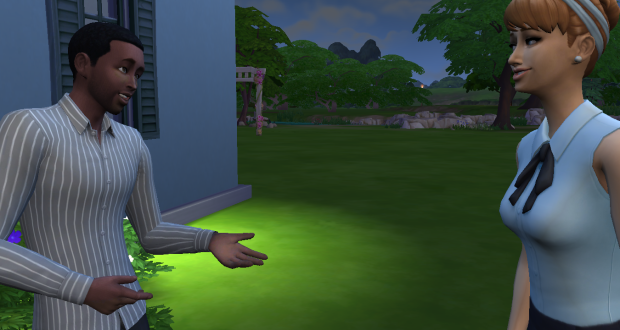 “I should thank you for joining me and for making this night so, you know, so fine. Would you like to…go on another date with me someday? Like Friday, maybe?” 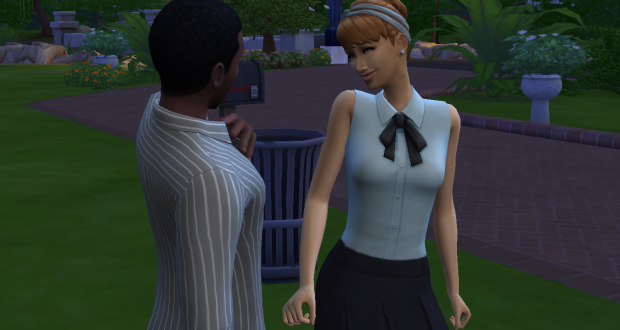 And so they agreed to go out together again. 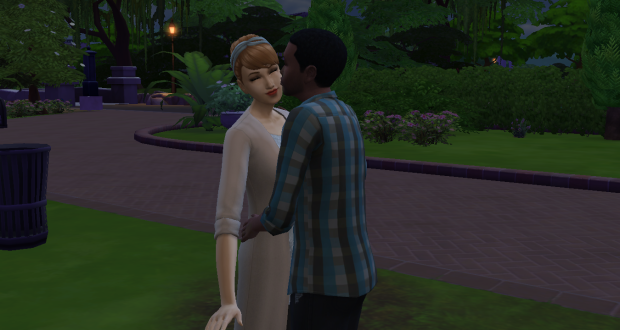 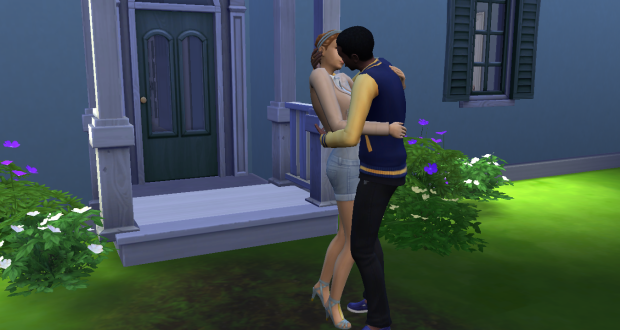 Until one day, Melia felt adventurous and ready to take it further. At that point she was so crazy in love that she felt almost embarrassed. Almost. But she was too busy feeling amazing and funny and slightly dizzy to care about anything else. 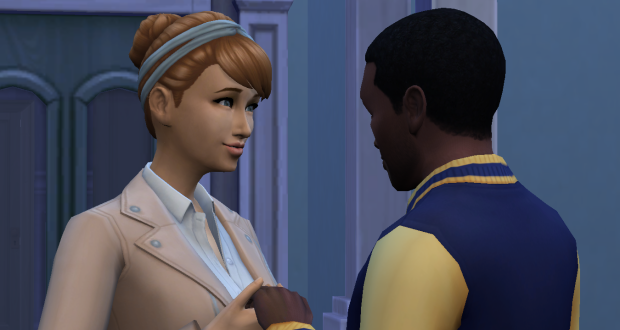 “Would you like to come inside with me now and continue the fun?”

Chris had no problem with that. No problem at all. He would spend every night with her if he could. And every day. Every freakin’ second of his life.

But it was too soon to tell her yet. Besides, what’s the point in rushing when things are going so well? 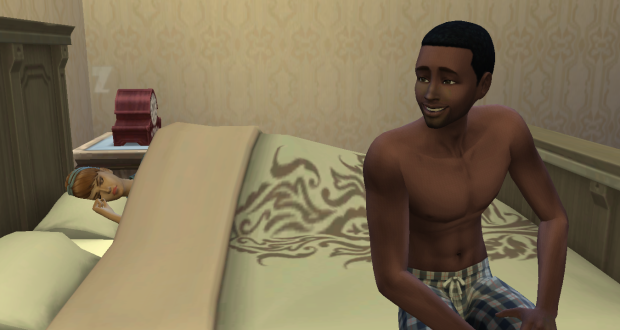 Very quickly, his late night visits became regular and one day, after snuggling and talking in bed for hours, Melia agreed to be his girlfriend. Although she was sure she was his girlfriend long before they’ve put the label on it.

But it still made her so overjoyed that she barely perceived the world around her.

Maybe that’s why it took her hours to notice that Camilla was gone and her bed untouched. It wasn’t unusual for Camilla to spend the night…out. But it was definitely suspicious for her not to show up until lunch.

Reasonably concerned Melia decided to check her phone and indeed, she found a new email from Millie. 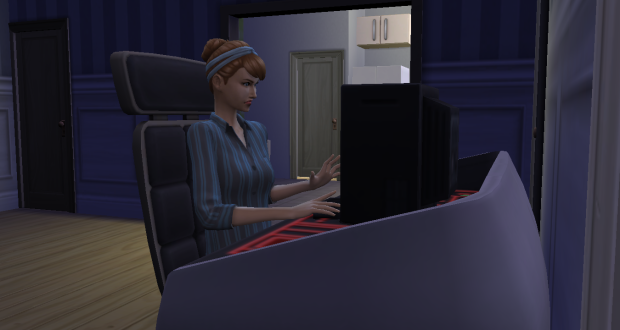 “I hope it’s not one of those chain mails she considers funny or I’ll kill her.”

I knew you’d be the first one to notice my absence. And I’m telling you, there’s no need to freak out. I’m alive and I’m doing just fine. Do not call the police, I repeat, do NOT call the police. LOL.
I also wanted to let you know that I’m not coming home tonight. Actually,  I’m not coming home in forseeable future because I moved in with Dom. You remember him, right? Tall and handsome, famous DJ – we hit it up at the dance party back in Windenburg. 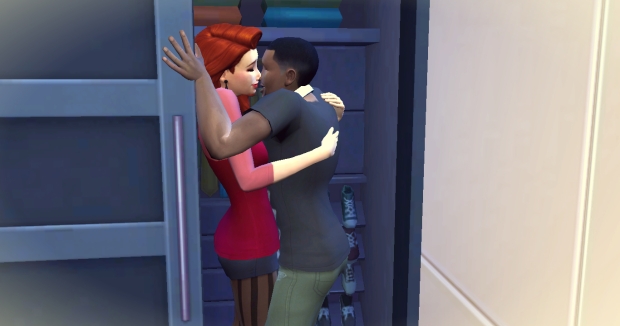 So yeah, we’ve been seeing each other ever since, but it was all so complicated with me living here and Dom living there.
So from now on, I’ll be living in Oasis Springs. Out new home is a lovely trailer house at the outskirts. It’s not much, but it’ll do for now. 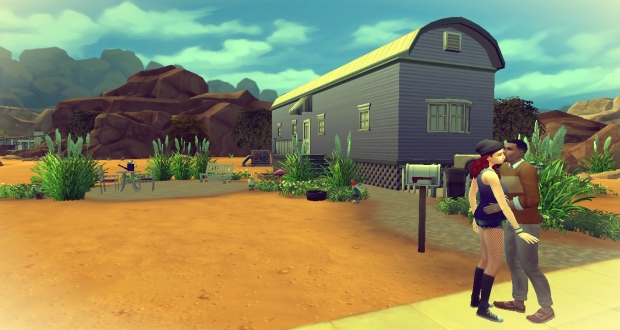 I’m sure you’d love it, it’s cute as plum. And so is Dom. He’s just so good to me. I’m pretty excited about this whole thing – I’m picturing myself doing all the wifey stuff for him, like cleaning and waiting for him with dinner ready. Who would have thought I had such a romantic side in me, huh? 😀 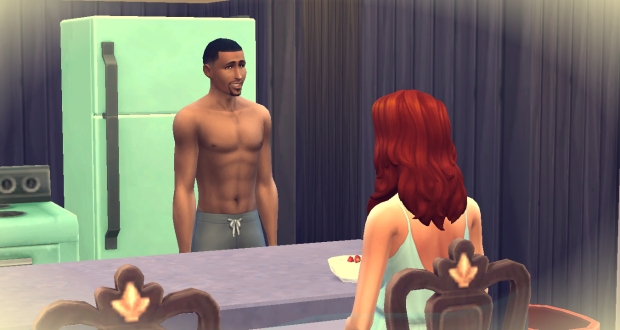 You can come visit us anytime you want. I’ve already talk with Isis, she’s coming this Friday. I have plenty of time on my hands now that I quitted my job. But don’t worry, I’m not planning to become a housewife. I signed up with Oasis Springs Fighting Club – we both know I have better chance there than I had in SimTechnologies. But I can’t start with training until the baby’s born. 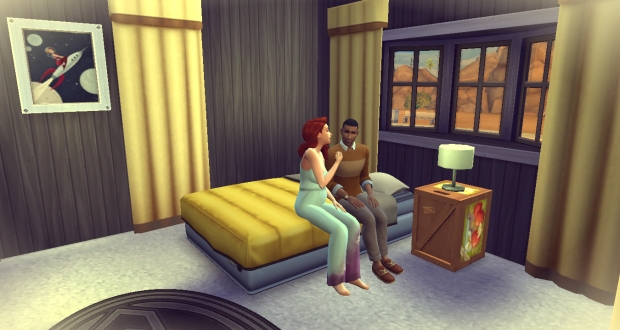 I mentioned that I’m pregnant before, didn’t I?
Anyway, take care and say hello to everyone at home! 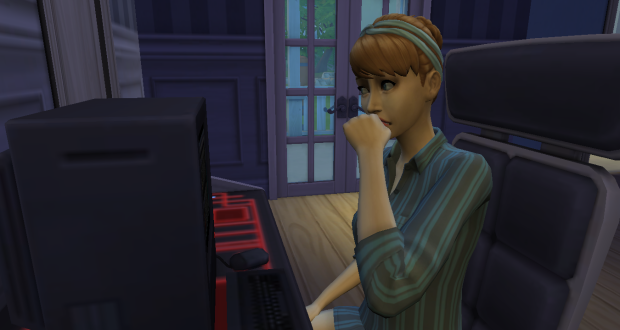 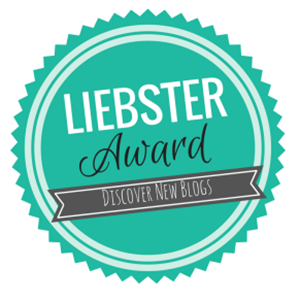